The History of Palmer 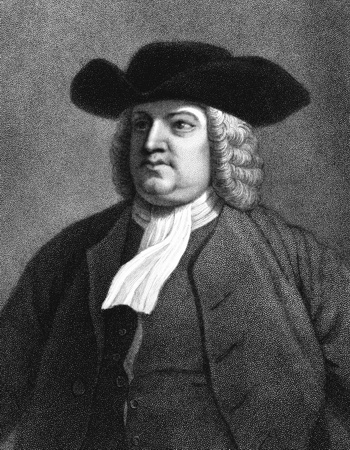 For many years the Penn family governed Pennsylvania and were known as the "proprietors of the land". The descendants of William Penn sold portions of their land but retained possession of two large tracts between Bethlehem and Easton. These "proprietaries" were unsuccessful in keeping settlers from occupying these tracts and by 1752 the tract, which included the area now Palmer Township, became entirely occupied. The settlers cleared the land, built cabins, and tilled the soil.

In 1759 the squatters petitioned Richard Peters, Secretary of the Province, for permission to continue to live on the 'dry lands about six miles from Easton"and indicated a willingness to pay any price for the land Peters thought to be "fit and reasonable". Although their request was denied, they did not move out and other settlers continued to come in.

Action was finally started to eject the settlers but on June 5, 1795, an agreement was reached whereby the Penns agreed to give the settlers the deed for their land within the period of 12 months for the sum of 65 pounds, 10 shillings for each one hundred acres of land.

Originally part of Forks Township, Palmer became an independent community by court order issued May 5, 1857. The building to the left is the Seipsville Hotel and as noted in the History of Palmer by James Wright "This building long played a prominent political and social role in Palmer's history. It served not only as a meeting place but also as a voting place. For many years the township governmental body met on the second floor of the stone barn behind the hotel". The barn is gone, but the hotel stands today as a reminder of our past.

Who was George Palmer?
The province of Pennsylvania was granted to William Penn by Charles II in 1680. It was not until 1774 that the northern boundary was finally determined and George Palmer, for whom Palmer Township was named, was a member of the Commission to make that determination. Palmer was born in Montgomery County. He was appointed deputy surveyor of Northampton County in 1773, a position he held for about 51 years. His land office was in Bath.

In addition to being a surveyor for the state, Palmer served for a number of years as coroner of the County and was also employed by the Penn family as their surveyor. The Penn family considered Mr. Palmer a "man of conscience" and noted his knowledge of their manors in Northampton County.

George Palmer died in March, 1831, at the age of 83 years. He is buried in the Presbyterian Cemetery near Weaversville.

Because of their accuracy, the records of Mr. Palmer are still consulted in settling disputed boundary lines and to trace titles of properties.

What does the seal signify?
The township seal was adopted as the official seal of Palmer Township by the Board of Supervisors in 1970.

In colonial times this area was commonly known as the "dry lands" and served as hunting grounds for the Penn family. The high grasses, birds and hunters are a major part of the seal.

Palmer Township was part of the land deeded to the Penn family by Charles II of England in recognition of their exceptional service to the crown. The Penn Family Crest, in the upper center portion of the seal, can be seen on the doors of the museum building in Harrisburg or on other state owned properties.