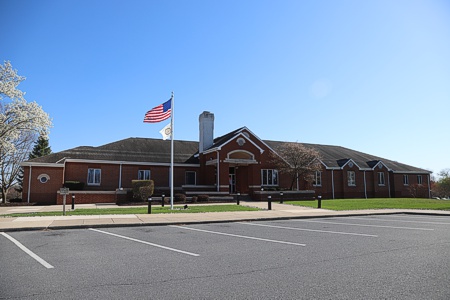 The Township of Palmer is governed by an elected-at-large Board of Supervisors which is organized under the Second Class Township Code of the Commonwealth of Pennsylvania.

The Board consists of five elected officials who serve a six year term. The terms are staggered so not all the members are off the Board at any one time.

Under the Second Class Township Code the Board is charged with the general governance of the township to secure the safety, health and welfare of its citizens.

The Board accomplishes this through the enactment of ordinances (laws) which govern the various tasks and activities of the township. However, the Board is restricted in areas that it can control by both the Township Code and the laws of the Commonwealth of Pennsylvania.

The Board appoints a Township Manager who is responsible to the Board to implement ordinances it passes, manage the day-to-day administration of the township, and to develop and manage the annual budget adopted by the Board.

The Board meets monthly the first and second Monday of the month and the fourth Tuesday following the first Monday. The meetings begin at 7:00 PM in the Municipal Meeting Room, Lower Level, 3 Weller Place. From time to time special meetings are called. These meetings will be advertised in the Easton Express-Times.

All meetings are open to the public and we welcome you to attend. If you wish to be placed on the formal agenda to discuss an issue with the Board please contact the Township Manager at (610) 253-7191. Also, you can bring an issue to the Boards attention during the public comment section of the meeting.

The Board of Supervisors agenda generally consists of the following: